In 1949, 16 year old Bob Graham was working as a summer helper at Riddell Sheet Metal in Hamilton. Bob's brother, Ed, already employed by Riddell's, was instrumental in Bob being hired. This summer job turned into a permanent position as Bob did not return to school, but continued his education at night school, taking a drafting course. 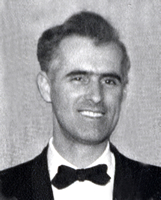 One year later, in 1950, Riddell's hired a sheet metal estimator by the name of Arnold Urech. The Urech/Graham relationship grew from that time both at work as well as socially.

Lorne Hubber was first introduced to Bob Graham and Arnold Urech when he was 12 years old. Lorne's family lived on Hester Street on a 5 acre lot across from where the Hester Street Arena stands today. One day, the Hubbers watched in wonder as a young family drove past their house – on a motorcycle with a sidecar! The young family was building a home adjacent to the Hubber property, at what is now the corner of Hester Street and Manning Avenue. A few weeks later, Lorne was very surprised to meet his new neighbour, Arnold Urech, at the 13th Boy Scout Troop, which held their meetings at Barton Stone Church Hall, on the corner of Upper James and Stone Church Road. Arnold Urech, estimator for Riddell Sheet Metal, turned out to be the new Scout Master, and, more surprisingly, Bob Graham, draftsman at Riddell Sheet Metal, was his Assistant Scout Master.

The friendship of Arnold and Bob, through working at Riddell's and their mutual involvement with the Boy Scout movement, resulted in the decision to start their own business. It was 1955, Bob was 22 years old, the business was named "Lancaster Automatic Heating" and it was located at Arnold's residence. The office was in the house and the garage was the sheet metal shop!

During his high school years, Lorne worked part time at Lancaster. He credits Lord Baden Powell as having had a major influence on his being hired in the first place.

After graduating from Hill Park Secondary in 1958, Lorne worked full time at International Harvester and part time at Lancaster. One year later, Bob and Arnold offered Lorne a full time job. He was 20 years old and wages were $50.00 per week. 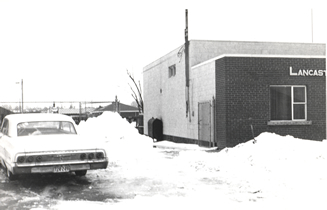 In May of 1960, Lancaster moved to 128 Luscombe Street as tenants of J&E Tile. Three years later, Lancaster purchased the building and J&E Tile became their tenants. Lancaster Sheet Metal Ltd. was incorporated in 1962 at this location, which remained the company's home base until February 1979.

In 1965, Arnold was in a serious car accident and, tragically, passed away a few years later. This began a 30 year close partnership between Bob and Lorne. 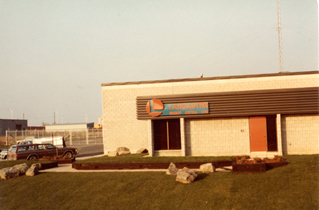 As the business grew and expanded, there was a need for more shop and office space. In 1974 Lancaster presented an offer to the City of Hamilton to purchase Lot 28 in the East Mountain Industrial Park. Five years later, on March 23, 1979, the company moved into its new premises. The property at 128 Luscombe was sold and subdivided into residential lots.

Today, Lorne's son Blair is President and the company is formally known as the Lancaster Group Inc. With a continued focus on excellence, and the ongoing support of talented and dedicated employees, Lancaster's goal is to be recognized as a premier contractor and respected leader in the construction industry for many years to come.

The legacy of Lorne Hubber

In 2013, Lorne Hubber was inducted into the Hamilton-Halton Construction Association's Hall of Fame. A sketch of his portrait now hangs with that of other recognized leaders of the local construction industry. The caption beneath his portrait reads as follows: